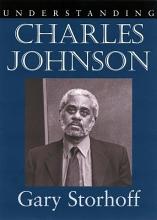 Understanding Charles Johnson offers a critical introduction to the fiction of one of the most highly acclaimed contemporary writers and the first African American male since Ralph Ellison to win the National Book Award, which Johnson received in 1990 for Middle Passage. In addition to providing a biographical sketch, Gary Storhoff analyzes Johnson's four novels and two volumes of short stories. Describing his body of work as unique in American fiction, Storhoff explains how philosophical and religious orientations differentiate Johnson's writings and challenge his readers. Storhoff explores the merging of Johnson's philosophical and spiritual interests with his concern for African American culture. In identifying the literary principles of Johnson's texts, Storhoff emphasizes the writer's commitment to Buddhism and demonstrates its impact on his themes, characters, narratives, and rhetoric. Suggesting that Buddhism is the linchpin of Johnson's work, Storhoff acknowledges that scholars and critics are aware of Johnson's close association with the tradition but provides readers with what they need to appreciate fully its importance in his work. which includes a Ph.D. in the subject. Storhoff explicates the influence of the British empiricists, including Bishop George Berkeley, on the novelist; his rejection of relativism and utilitarianism; his adaptation of Aristotelian ethics; and his ambivalent treatment of American pragmatism as recently propounded by Cornel West. Johnson emerges from Storhoff's discussion as a profoundly eclectic, sophisticated, interdisciplinary writer, with complex views on race relations in the twenty-first century.